Architectural Stairbuilding and Handrailings From the People at Paradigm Projects 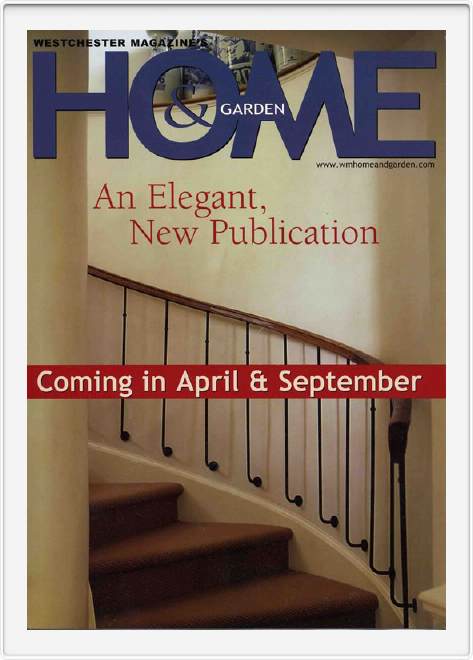 As we move through the process of remodeling our web site we’ve just added another gallery of photos from a Interior & Exterior Railings & Ironwork project we did back in 2001 for a private residence in Irvington NY. one of the two interior railing we did for this project was featured on a promotional postcard distributed by Westchester Magazine promoting one of their Home & Garden Issues

The slide show starts with the templating for the railing location for the curved section of the main stair and then moves on into the shop where we erected a form to copy the curve and rise of that stair and then shows some of the fabrication that went on there to build both the interior railing assemblies (courtesy of Bedford Ironworks) and the fencing that would be used around the perimeter of the property. The slide show then moves on to a point where the interior railings have just been installed for the front main stair and the back kitchen stair.

Many people who see this project take special notice of the custom shaped wreath railing turn that wraps around the second floor newel post that makes up the kitchen stair railing. The owner decided she didn't really like the lambs tongue ending on the kitchen stair railing and we all too happy to write up a change order and replace it with a vertical volute or what we colloquially call a "nautilus". In fact skipping ahead in the story line you'll notice that the balusters and the baluster spacing in the Westchester Magazine Home & Garden postcard look different than they do in the original main stair installation. After living with the railing for a week or so the owner decided she wanted a thinner baluster than the architects originally specified and wanted them spaced a little wider apart. We wrote another change order and after having new balusters turned on a lathe in a local machine shop took the railing assembly down, took it back to the shop and set it again up on the form and replaced the original 3/4" with the 1/2" diameter ones.

There's a before and after photo set showing the passage way in the cover walkway to the garage where we installed a custom iron gate and the slide show goes on to show the faux balcony railings we installed on the 2nd floor exterior of the house.

We haven’t added any captions yet to help tell the story but we will soon.

We also have a lot more Galleries still to come so check back again soon for more.

If you can dream it, we want to build it.

or Click to Email JHayes (Jerrald Hayes) with your question or project ideas.